Benjamin Britten - Freedom of the Borough 1951

On Saturday 28th July 1951 at a formal ceremony at Sparrow's Nest Theatre, Benjamin Britten was admitted as an Honorary Freeman of the Borough of Lowestoft and presented with a casket containing the inscribed scroll.

The programme showing the formal wording of the admission which also contained the order of preoceedings and a brief biography of Benjamin Britten is below. 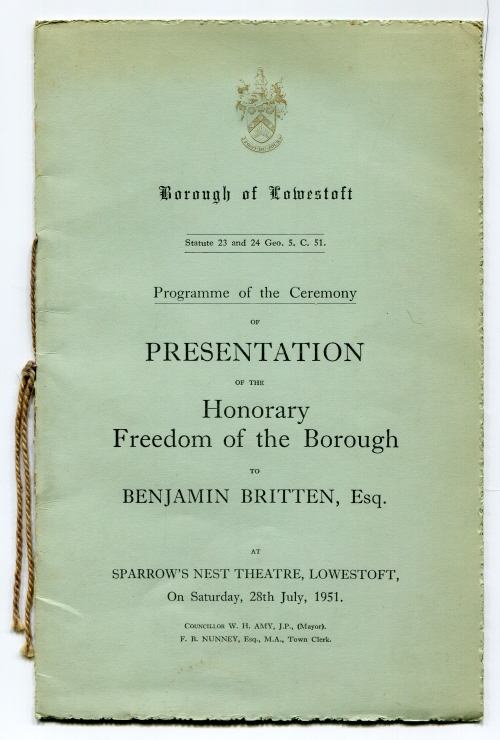 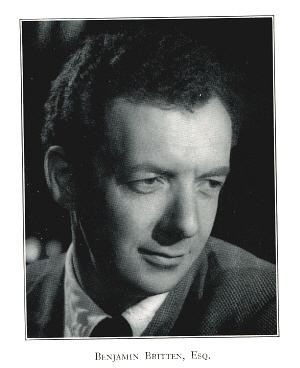 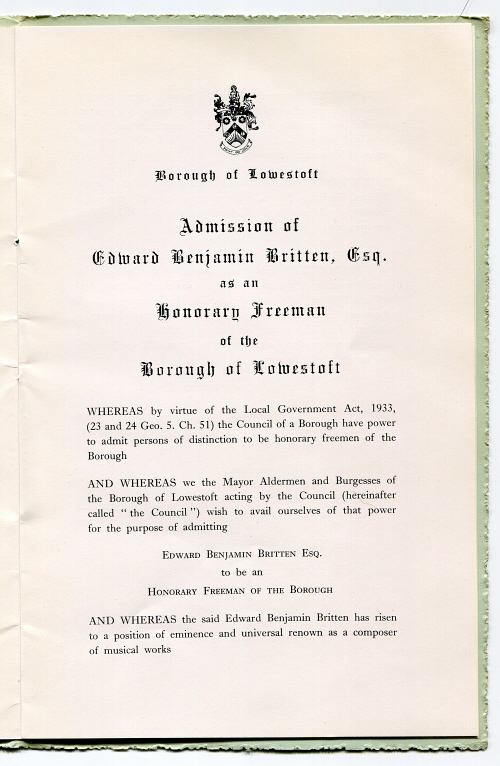 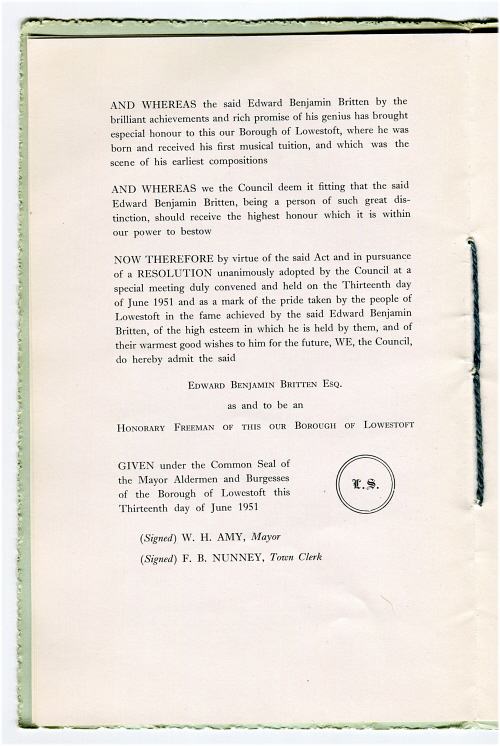