You are here: Home > Some Lost Buildings > The sea front 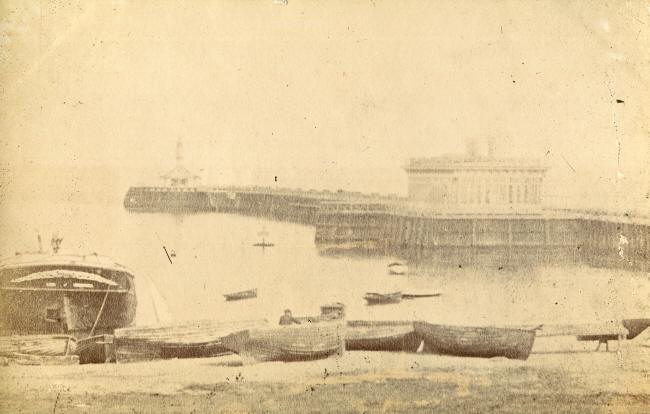 A rather faded photograph of the Reading Room which was built 1853/54 on the South Pier before the first Pier Pavillion. It was destroyed in a fire in 1885. Note the lack of quay in the foreground with boats drawn up on the foreshore. 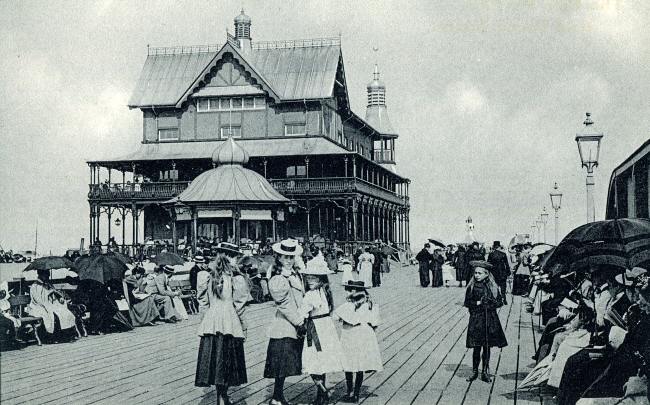 The first Pavilion on the South Pier, Lowestoft, built 1889-1891 which replaced the earlier
'Reading room' and was itself replaced in the mid 1950's 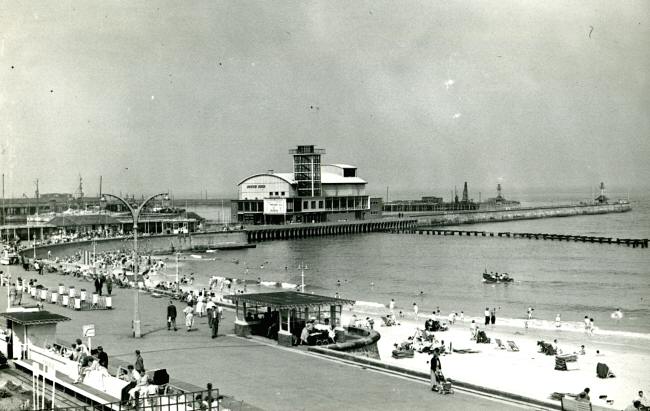 The second South Pier Pavilion was opened by the Duke of Edinburgh in 1956 and was pulled down
in 1989. There has been no replacement. 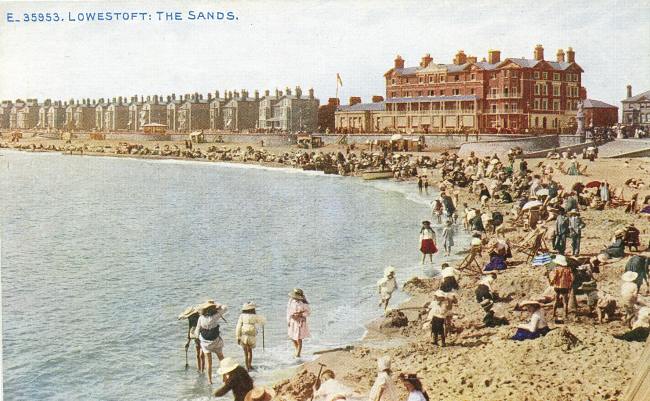 A pre-WW1 view of the Royal Hotel (built 1849) and the row of first grade villas on The Esplanade from
Children's Corner close to the South Pier, with three chimney stacks of Marine Parade just visible
between the hotel and the villas. Those Esplanade villas suffered badly in the 1916 bombardment
and all are now gone except two at the south end, leaving Marine Parade with a sea view. The
Royal Hotel served as the Naval Officers Mess through much of WW2, reverted to use as an hotel
after the war and was a venue for many 60's pop stars but closed in the 1970's and was pulled
down in 1973. The East Point Pavilion is now on part of that site.

The Marine Parade terrace is still with us but is included here to show that they once faced
the back gardens of The Esplanade and did not have the sea view they do today. 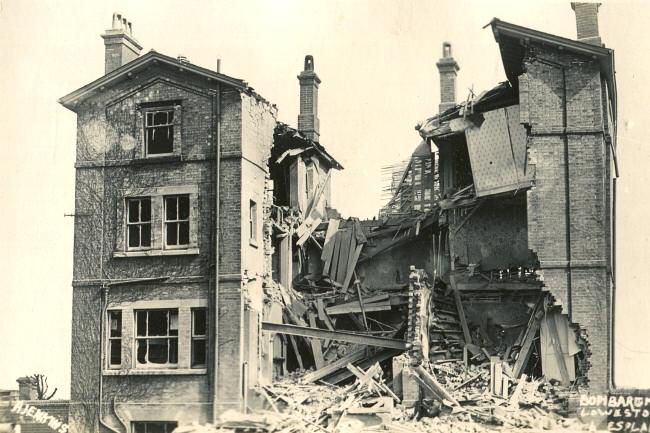 One of the villas on The Esplanade showing some of the damage from the WW1 1916 bombardment. 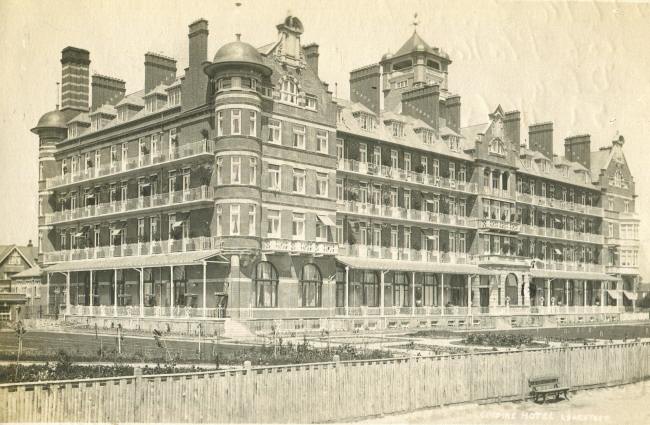 The massive Empire Hotel on Kirkley Cliff, opened in 1900 and which stood on the land
where Shaftesbury Court and St. Mary's School now stand. It became a TB hospital
called St.Lukes in the 1921. 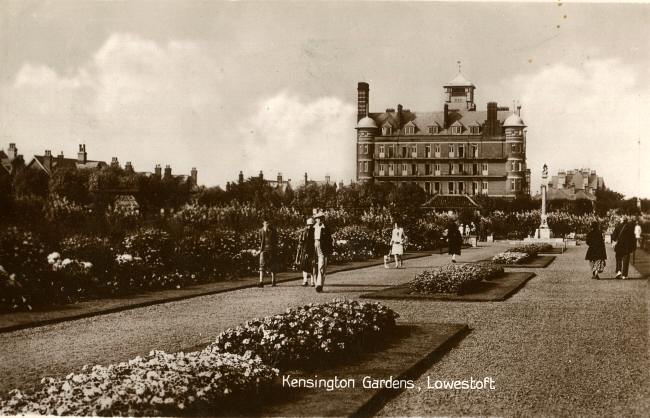 Kensington Gardens, probably just after WW2, with another view of what was once the Empire
Hotel in the background and by this date was the derelict St. Luke's Hospital after its wartime
service as barracks for the Royal Naval Patrol Service stokers. It was demolished in the early 1950's.