You are here: Home > Some Lost Buildings > Miscellaneous

(See also the page on Pakefield's fight against the sea)

These images are from a glass plate marked as Kirkley Swimming Pool which is understood to have been on the site that became the Grand Cinema and is now the Kirkley Centre. It is undated but other plates in the same batch are dated 1906. By 1920 the building was in use as a cinema. 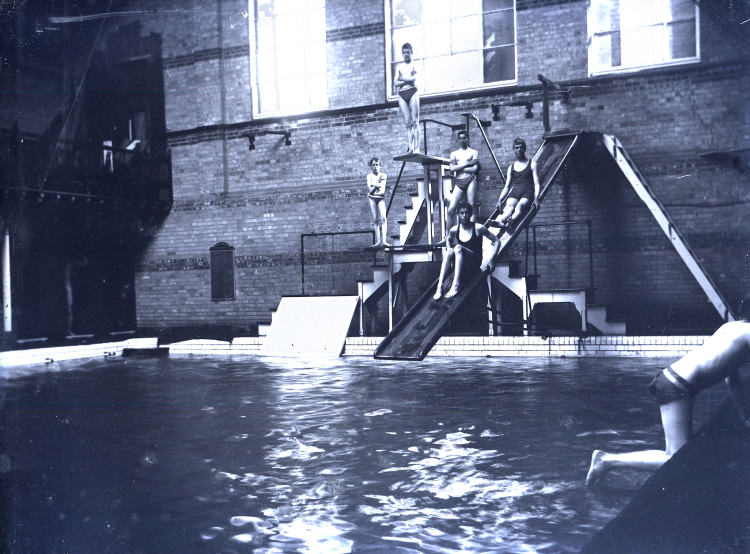 The plate is sharp enough to be able to zoom in to try and identify the swimmers and the upper
one sitting on the slide is J. P. (Jack) Turner, late of 137 London Road South. The features of
three of the others should be sharp enough to identify. If anyone can please contact me. 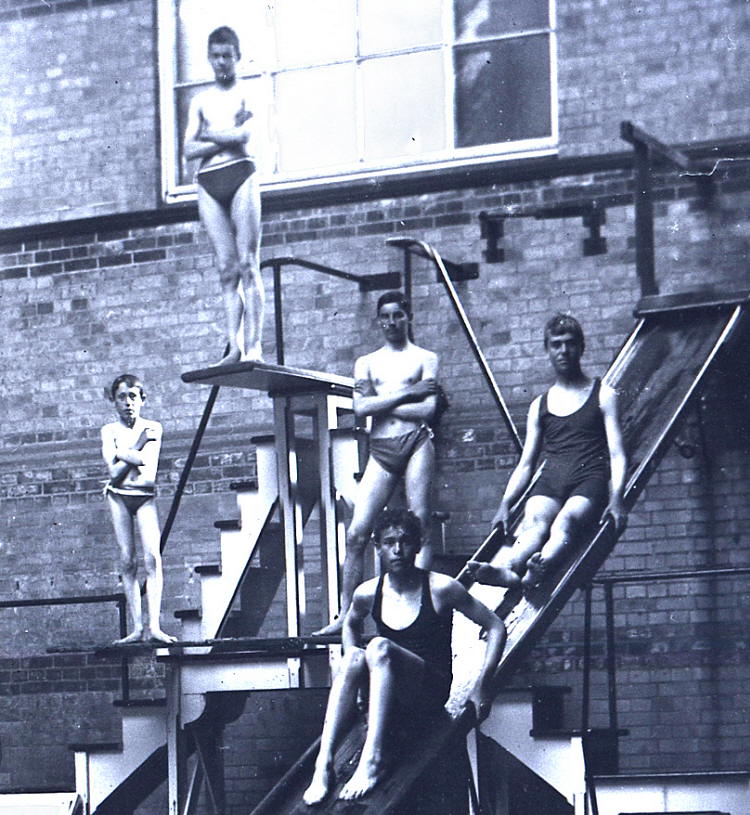 See also the page on Pakefield's fight against the sea